(6/23) UPDATE: The National Association of Social Workers (NASW) has released a statement with concerns over President Trump’s immigration executive order. NASW demands the president present a more humane, coherent plan that also addresses the treatment of more than 2,300 children who are already detained. These children continue to be exposed to trauma that has life-altering implications. Read the full statement here.

(6/20) UPDATE: Families Belong Together, a nationwide advocacy day to oppose the policy of separating immigrant families at the border and detaining children apart from their parents, has been planned for Saturday, June 30. To find an event near you, visit https://www.familiesbelongtogether.org/

The reason for these separations is a zero-tolerance policy, announced last month by the Trump administration, for parents who are accused of undocumented border crossing. Since April 19, 2018, the Department of Homeland Security has separated well-over 2,000 children from their families.

The Trump administration’s practice is in direct violation of our Code of Ethics. As social workers, we are guided by a set of ethical principles that are based on the profession’s core values including service, social justice, dignity and worth of the person, and the importance of human relationships.

Strengthening families and providing family support are priorities of the social work profession. The family is the primary socializing agent, economic unit, and the mental health resource for its members, young and old (Carr & Springer, 2010). Our profession believes that removing a child from his or her parents should happen in extreme cases only, and the focus should be on family preservation and services to strengthen the family unit. As such, we are calling on the administration to keep families together in community-based settings while their immigration proceedings are pending.

The Trump administration has stated that its goal in separating children from their families is to deter undocumented border crossings. NASW-NYS would contend that using children as leverage to punish their parents is unconscionable, both with respect to the health and well-being of the children and as treatment of migrants and asylum seekers. The Code of Ethics maintains that we must preserve the dignity and worth of the person, treating each other in a caring and respectful fashion, mindful of individual differences, and cultural and ethnic diversity. It is a practice that is applied to anyone regardless of race, religion, ethnicity, or immigration status.

Even when children are separated from parents in a non-forceful way, research has shown that they have a higher risk of anxiety and depression. It is well documented that adverse childhood experiences (ACEs), such as separation from family and incarceration, can contribute to lifelong negative effects/psychological and emotional trauma including post-traumatic stress disorder (PTSD), anxiety, and depression, and are precursors of negative health and education outcomes later in life (Dube, Cook, & Edwards, 2002). As social workers, we know from experience the perverse impact of removing a child’s primary caregiver, particularly during the early stages of childhood development. Furthermore, we have yet to hear confirmation from the administration that children separated from their families will be reunited.

For the reasons stated above, we urge ALL Chapter members to call your representatives in Congress and let them know that you strongly oppose the Trump administration’s practice of separating children from migrant and asylum-seeking families entering the United States, and demand the immediate reunification of families.

Here’s where to start:

Contact your representatives in Congress to voice your disapproval. There are currently several bills being pushed to fight the zero-tolerance policy, the most widely-circulated being the Keep Families Together Act, introduced by Senator Dianne Feinstein (D-Calif.).

Encourage others to call their representatives and demand an end to separating children from their families at the border. 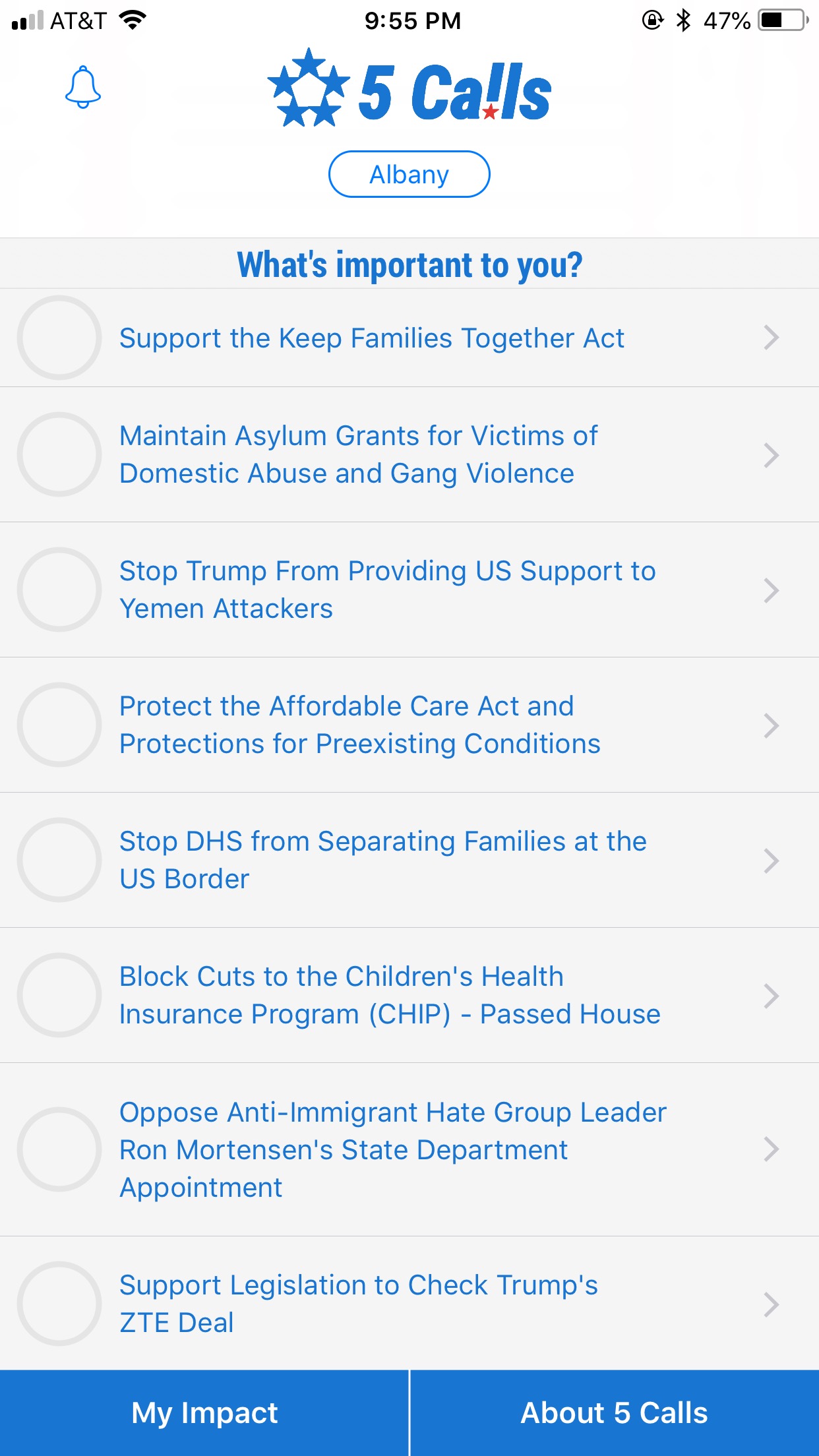 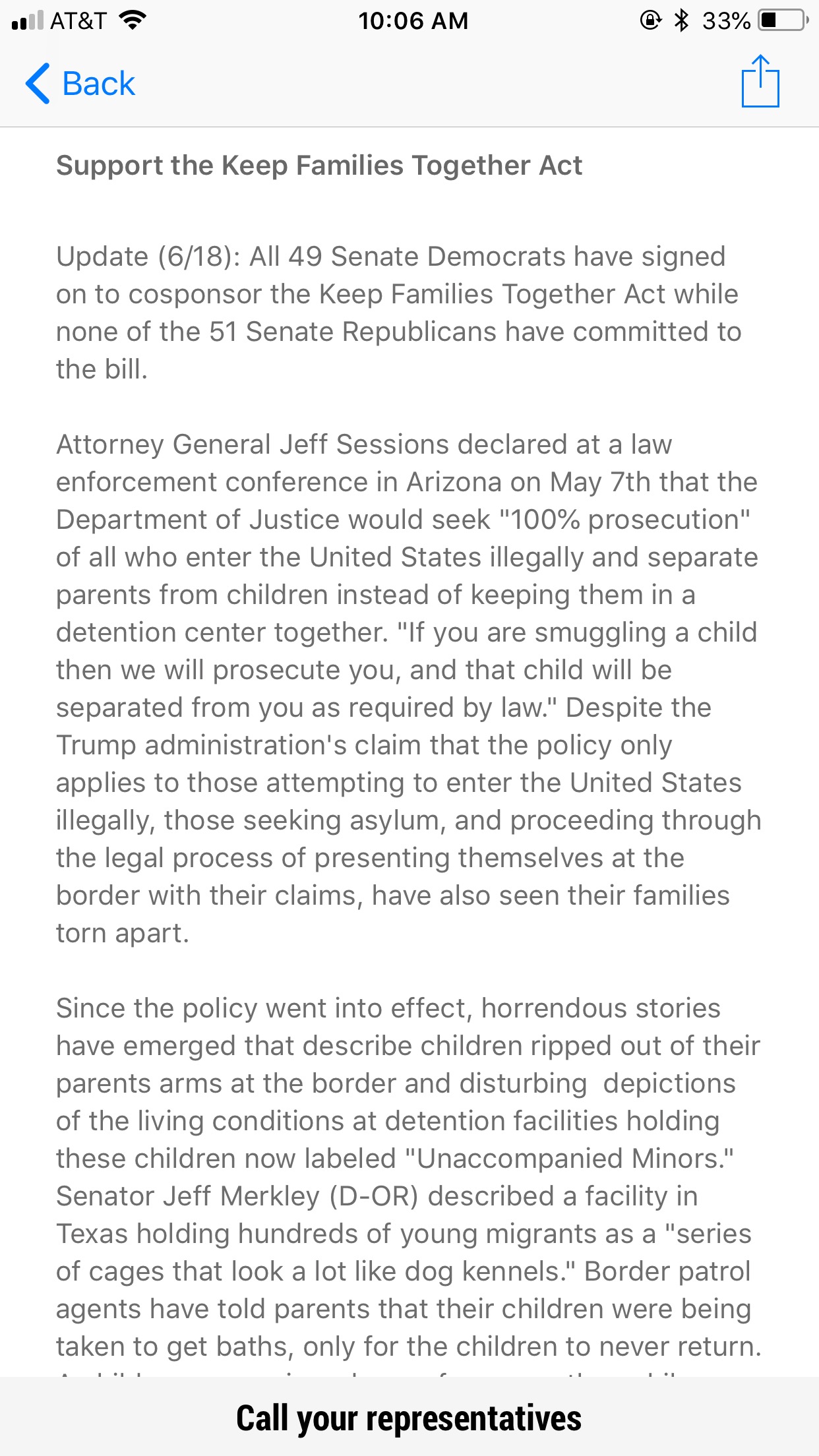 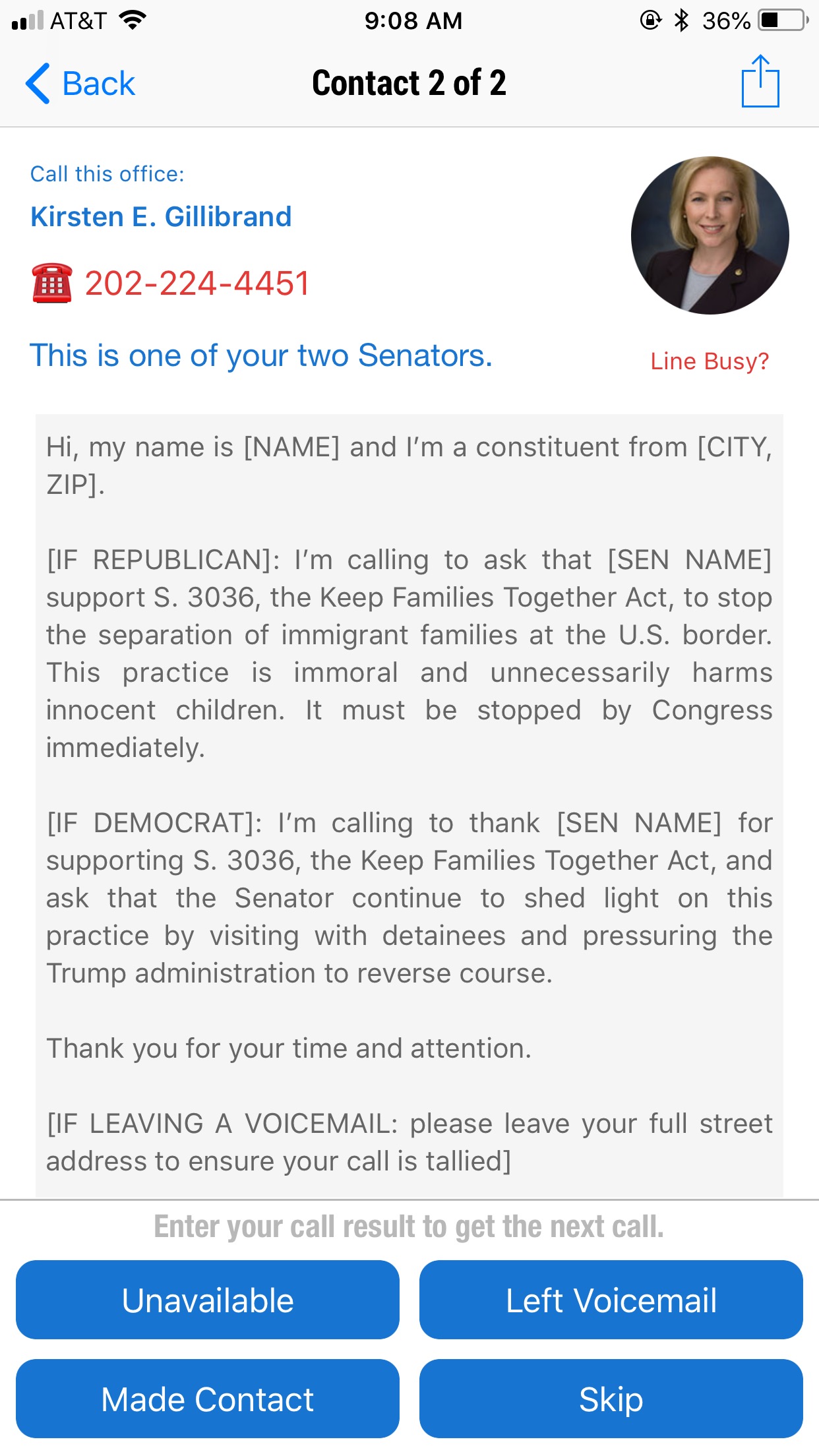 (Screenshots of the 5 Calls App)

There’s more. If you are looking for additional resources and ways to get involved, please visit the following organizations:

UPDATE: The Texas Tribune has compiled a list of organizations that are mobilizing to try and help children that have been separated from their parents at the Texas-Mexico border. Click here to read.

If you have resources to share with the membership, please let us know. If you have any questions or are looking for ways to get involved, feel free to contact the Chapter at info.naswnys@socialworkers.org or at 518-463-4741.