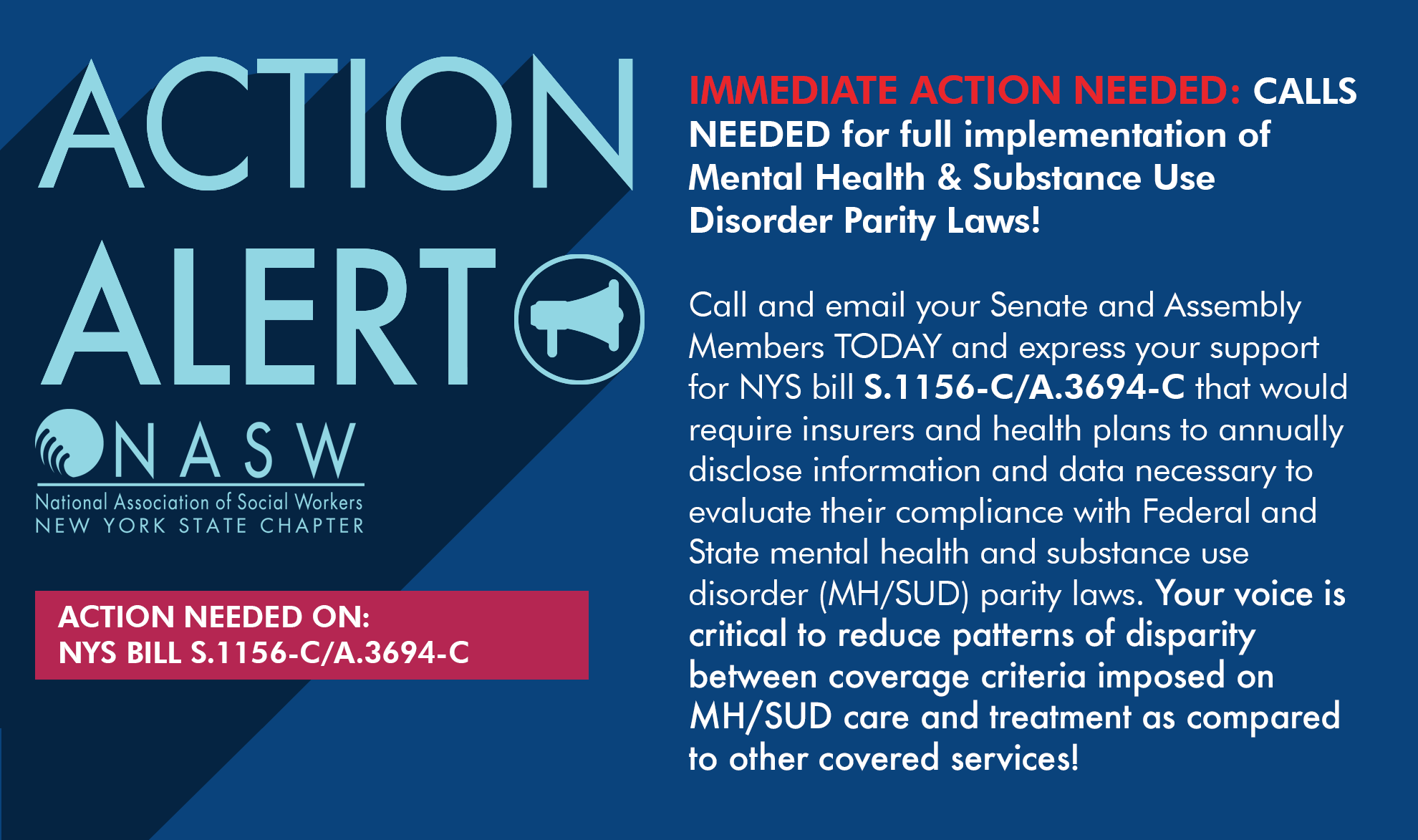 Call Your Legislators and Leadership TODAY to Express Support & Urge a Vote on Legislation Requiring Insurers and Health Plans To Submit Key Compliance Data with Federal and State Parity Laws.

Calls and emails are needed for full implementation of Mental Health & Substance Use Disorder Parity Laws!

With only a handful of days left in the Legislative Session, it is imperative you call or email your legislators and Senate and Assembly leadership TODAY to express strong support for legislation (S.1156-C/A.3694-C), which directs the Superintendent of the Department of Financial Services to collect certain key data and matrixes from insurers and health plans in order to scrutinize and analyze if they are in compliance with the federal and state mental health and substance use (MH/SUD) disorder parity laws. The information collected would be analyzed and used for the preparation of a parity compliance report in the annual “Consumer Guide to Health Insurers” issued by Department of Financial Services. Now more than ever, this legislation is needed as New York faces an increasing number of suicides and opioids deaths.

It is critical that you make your voice heard today to ensure full implementation of mental health and substance use disorder parity laws and reduce patterns of disparity between coverage criteria imposed on MH/SUD care and treatment as compared to other covered services!

Please call or write to:

(1) Your Senator AND Assemblymember – Call the main Senate and Assembly switchboards and asked to be connected to your local legislator:

To send an email, visit the Senator or Assemblymember’s official Senate or Assembly web page.

Why is this legislation so important and needed NOW?

This legislation is important because