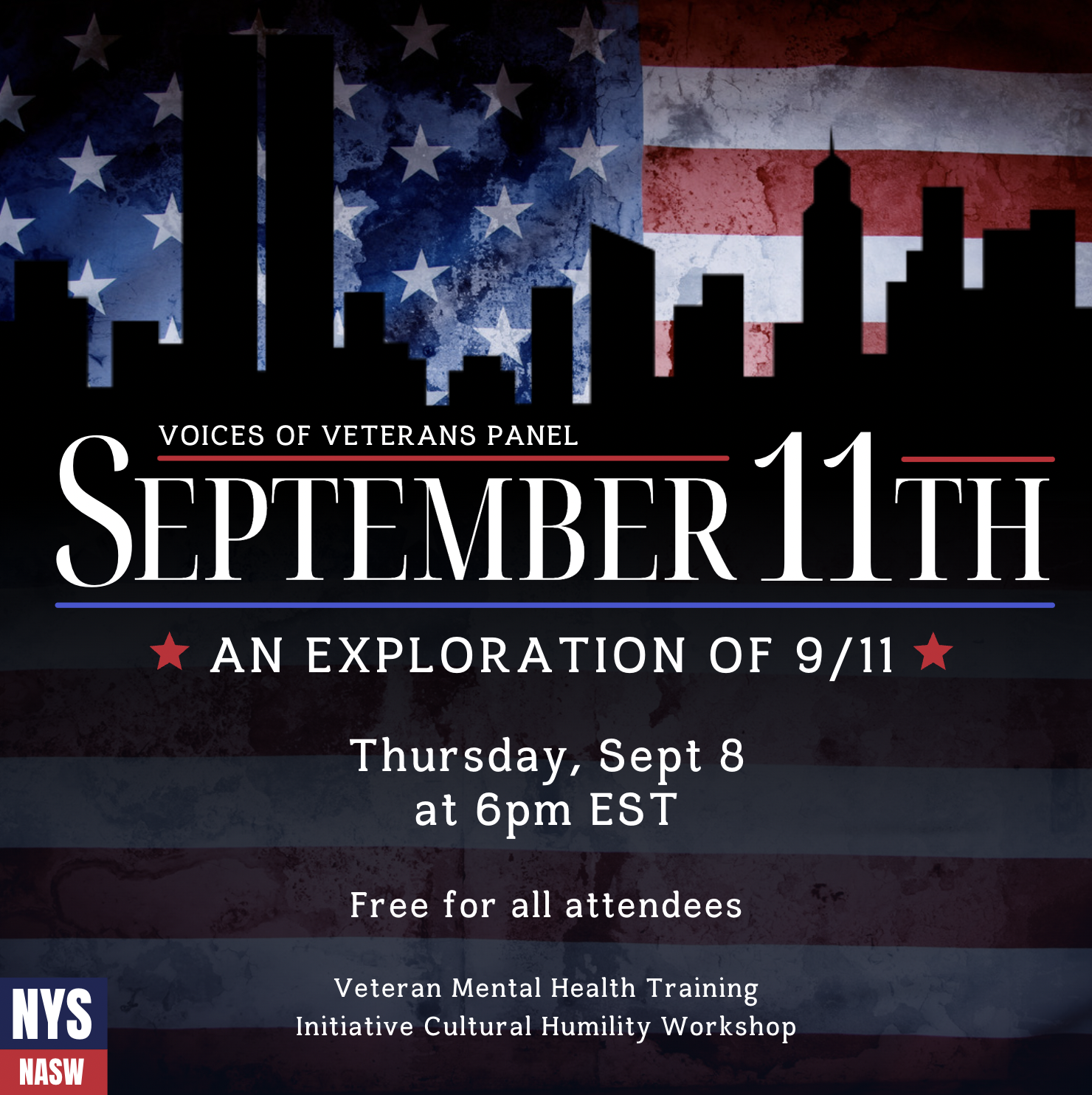 Voice of Veterans: An Exploration of 9/11

Americans watched in horror as the terrorist attacks of Sept. 11, 2001 left almost 3,000 people dead in New York City, Washington, D.C., and Pennsylvania. The attacks ignited two wars, one of which became the longest in U.S. history, and inspired a generation of people spanning age, location, branch, and rank to step into military service. Witnessing a large-scale attack on the American people was the motivating factor for many to enlist and return to service following the Sept. 11 attacks, a day didn’t just send them into war but also onto a path to find purpose through their military service.

Join NASW-NYS with the Veterans Mental Health Training Initiative for a Voices of Veterans panel that will uplift the experiences of Veterans as first responders, police officers, social workers, active military at the Pentagon, family members, and other roles on 9/11. The panel will examine all attack locations, as well the collective trauma viewing the act of terror on live TV, and immediate actions that took place on site and in the lives of those who were called to service. Bonded by their shared commitment to country and military community, panelists will describe how military culture, resiliency, and continued service has played a role in their pathway to healing over the past 21 years.