The New York State Chapter has historically been divided into 10 geographic divisions. The Southern Tier is one of the smallest divisions with 272 members as of February 2022, which is less than 5% of the membership. This division encompasses six counties: Steuben, Schuyler, Chemung, Tompkins, Tioga, and Broome. There has not been a division director in the Southern Tier in several years.  In an effort to ensure representation for the Southern Tier members, the board of directors unanimously voted to dissolve the division and add the members to existing divisions that have a local leader.  Please see the breakdown of the divisions below. 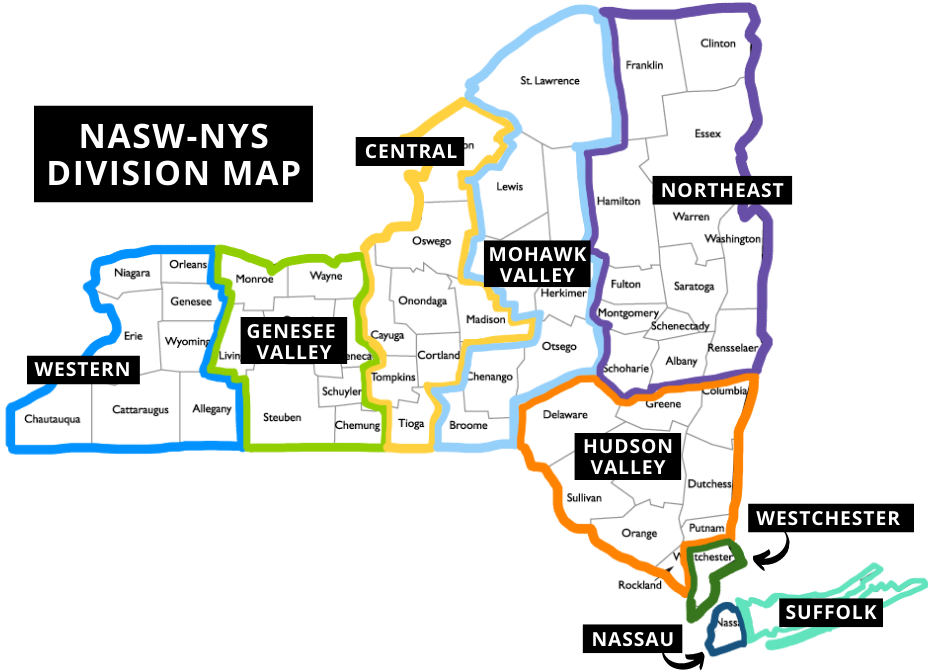