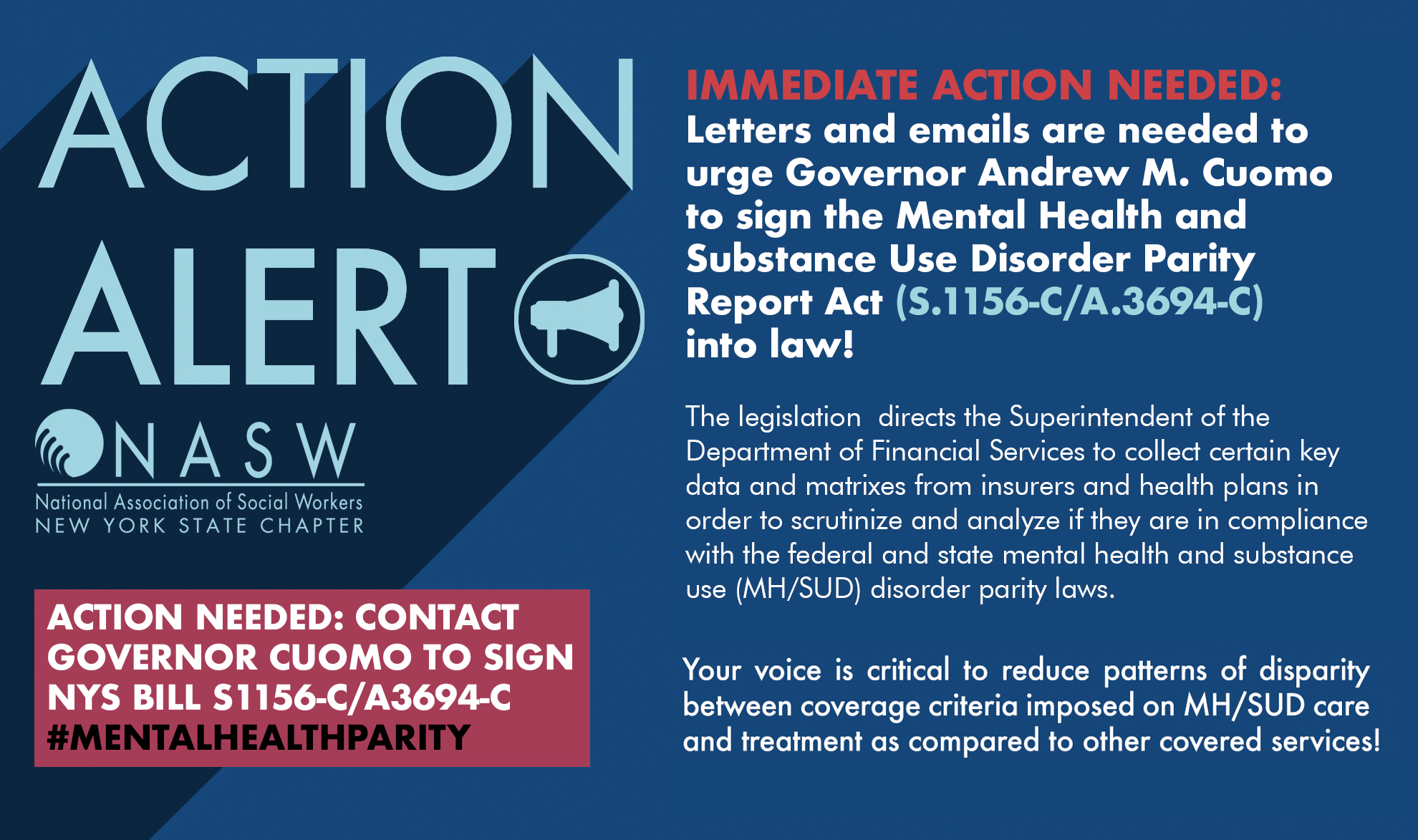 Contact Governor Cuomo  TODAY and urge the Governor to sign the Mental Health and Substance Use Disorder Parity Report Act into Law!

As previously reported, thanks in large part to NASW-NYS and more than twenty other statewide organizations lending support, the Senate and Assembly passed the Mental Health and Substance Use Disorder Parity Report Act (S.1156-C/A.3694-C) in the final days of the Legislative Session.

The legislation directs the Superintendent of the Department of Financial Services to collect certain key data and matrixes from insurers and health plans in order to scrutinize and analyze if they are in compliance with the federal and state mental health and substance use (MH/SUD) disorder parity laws, culminating in the publication of annual parity compliance report in the annual “Consumer Guide to Health Insurers.”

While passing the bill was a huge victory, OUR WORK IS NOT DONE! Beginning today, we ask that our members write in support of the legislation to the Governor as we work to demonstrate the strong support for this legislation. The bill could be sent to the Governor any day now.

As such, it is imperative you make your voice heard and contact Governor Cuomo to express strong support for the legislation and urge him to sign the bill into law!

Your voice is critical to ensure full implementation of mental health and substance use disorder parity laws and reduce patterns of disparity between coverage criteria imposed on MH/SUD care and treatment as compared to other covered services.

or visiting the following link: https://cqrcengage.com/mssny/app/write-a-letter?1&engagementId=483333

Why is this legislation so important and needed?

This legislation is important because